in our charming garden
Book now!

Il San Francesco Charming Hotel is located on the Sabaudia dunas, near the Sabaudia beach. It is on shore of Lake Sabaudia by walking distance from the wonderful landskape scenery where the dunes and crystal clear water are the stars: a white modern building whose imaginary appearance is that of a ship ready to set sail to the winds, but that, in reality, is anchored to the calm of the large garden facing the lake and where, moving in the wind, are only the numerous drapes framing the façade. 2 piers on the lake welcome guests for to sunbathing, drink a cocktail and organize memorable dinners.

Il San Francesco charming hotel, inside the National Park of Circeo is a place where the expression, “immersed in nature” has a profound significance. Here the main attraction is Nature itself which once you arrive slowly takes over.

From the privileged views of the hotel, the protagonist is the lake itself, with the numerous villas appearing alongthe shores, while right in front of the San Francesco hotel is the small but evocative Sanctuary of the XII century, S. Maria of the Sorresca. The story goes that this is the actual spot where fishermen had placed the statue of the Mother and Child “fished” from the lake, where now, the little church (almost entirely rebuilt) shows few traces of ancian medieval character. A touringboat offers visitors the possibility of taking a cruise along the curved borders of the lake. This is an experience to savour at The San Francesco, located only 500 meters from a private beach and sea, just over an hour from Rome and an hour and a half from the jet boats to Ponza Island from S. Felice Circeo.

From June 1st to September 30th Il San Francesco charming Hotel offers to our guests a reserved beach with a beach umbrella and 2 deckchairs in breathtaking Sabaudia dunes, the shuttle bus from / to the Hotel is included. 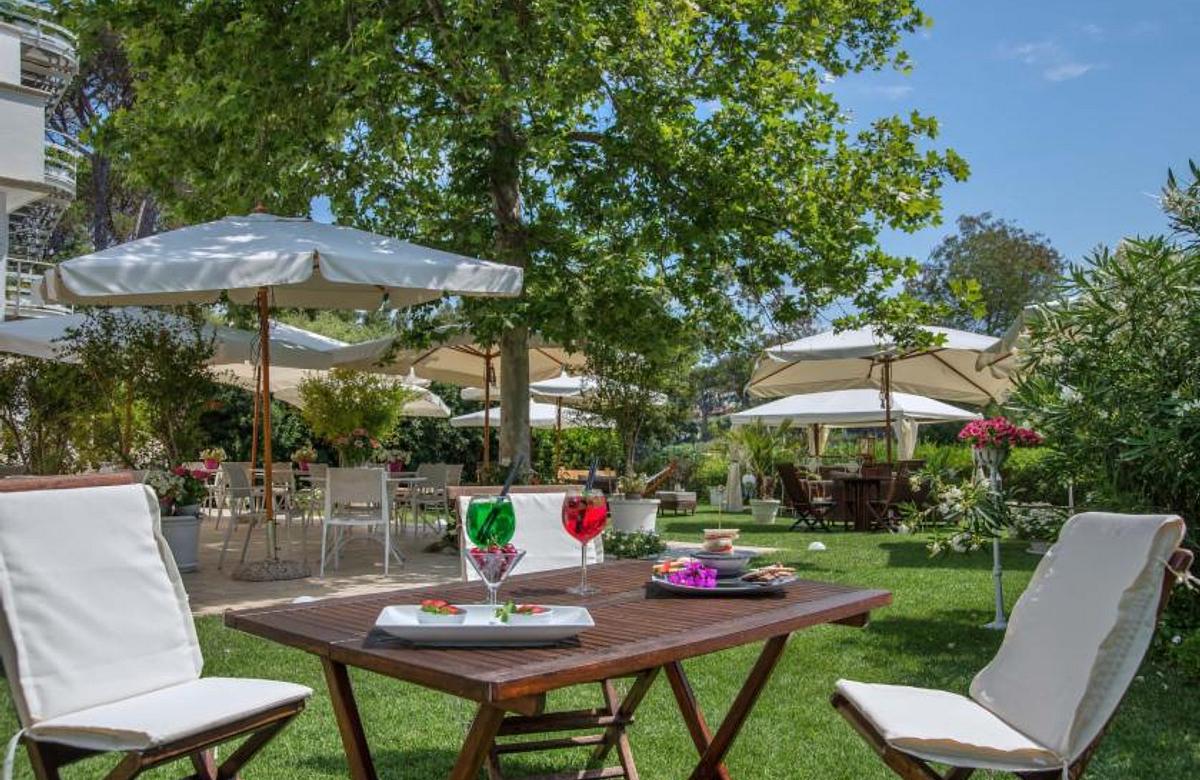 Only for our Website's Clients

At the Restaurant Da Ludo sul Lago, harmoniously combined with the style and ospitality of the San Francesco Hotel,the client will find a cuisine with a full range of tastes which belong to both local and Mediterranean traditions.
See more Benefits for our Website's Clients